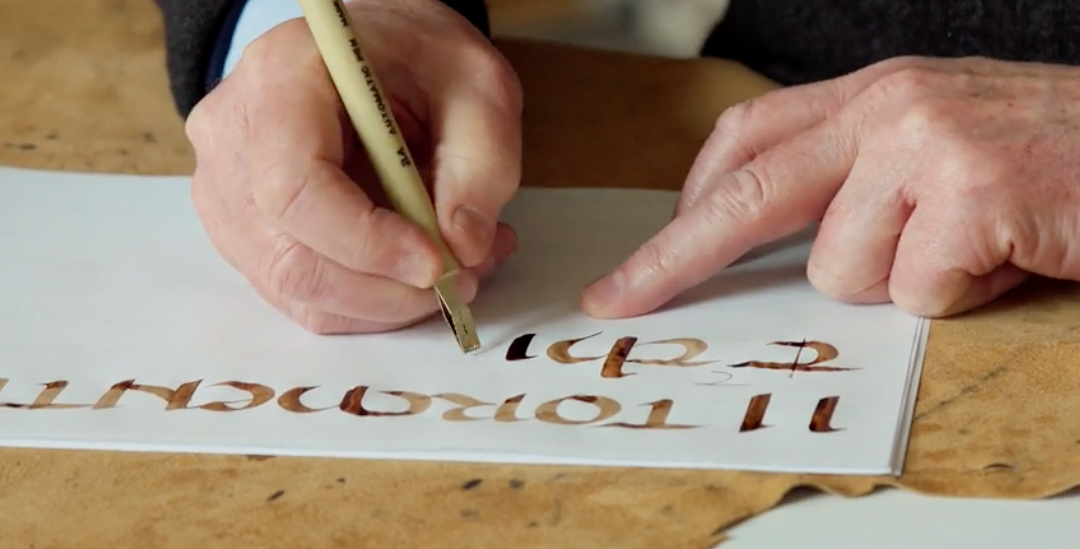 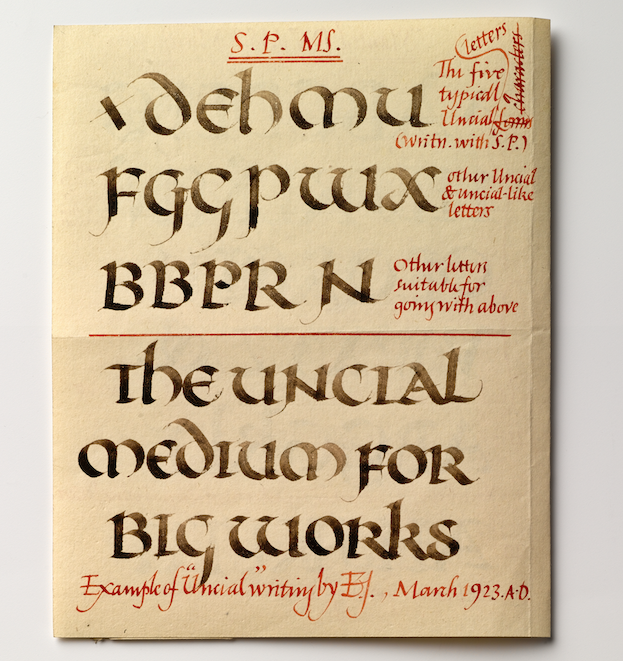 This Ditchling workshop is taught by master calligrapher Ewan Clayton, who was once a member of the Guild of St Joseph and St Dominic based in Ditchling. In the workshop Ewan will introduce you to a family of letterforms called uncials and use objects from the museum's collection to illustrate their characteristics and versatility.

Ewan will expertly guide you through each stage of writing uncials in 10 films which are broken down into chapters covering everything you will need to know to get you started.

The films total 95 minutes in length and can be watched at your own pace and as often as you want within 6 weeks of purchase.

The workshop can be purchased with a materials pack that includes all the equipment you need to get you started writing uncials.

There are also downloadable PDFs that accompany the workshop with information about the artists that Ewan mentions, and the museum’s collection pieces he uses.

A taste of the course

Watch the trailer to find out more about what you'll learn on this course.

Ewan Clayton grew up in Ditchling. His family worked as weavers in the Guild of St Joseph and St Dominic.

Ewan was a member of the Guild before it closed in 1988. He trained as a Calligrapher at the Roehampton Institute with Ann Camp and assisted her with teaching there. In the mid 1980s Ewan lived as a Benedictine monk at Worth Abbey in Sussex. After leaving the monastery he was hired as a consultant to Xerox’s Palo Alto Research Laboratory.

Today Ewan is a Professor in Design at the University of Sunderland where he assists in directing their International Calligraphy Research Centre. He steered the old Roehampton calligraphy courses through to degree status; established Sunderland University’s course at Kensington Palace, and is a core member of staff at The Royal Drawing School. In 2013 Ewan was named the Craft Champion of the year for his contribution to educating others in the Crafts in the first National Craft Skills Awards. He was awarded an MBE in the 2014 New Year’s Honours List. 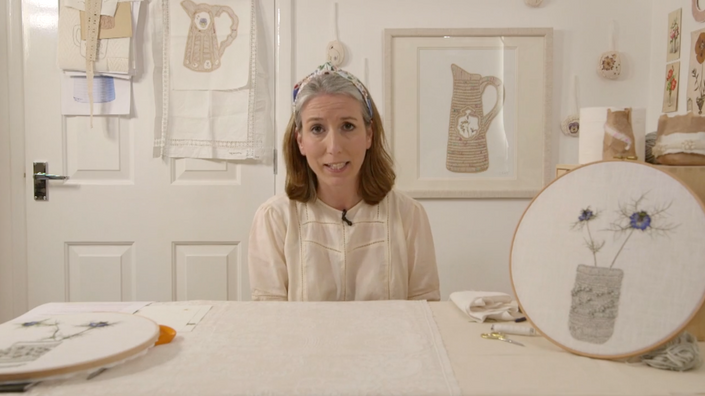 Introduction to Flower Pressing and Hand Embroidery with Leah Nikolaou

A Bernard Leach pot from the museum’s collection is the subject of a unique hand embroidery composition, 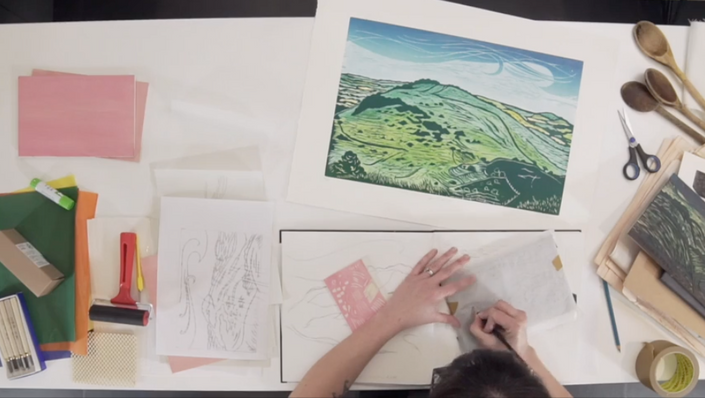 This Ditchling workshop is taught by printmaker and experienced teacher Helen Brown.

Check your inbox to confirm your subscription